Animals in Pipes and Chimneys

Animals in Pipes and Chimneys

What is a stink pipe?

A stink pipe is a pipe that is fitted to the back of your toilet and runs through the walls of your house to vent gases produced by waste into the air. The stink pipe allows these gases to escape through a plumbing pipe on your roof rather than build up and bubble through your toilet, stinking up your house.

How can I keep animals out of my plumbing vents?

In warmer climates like Florida and during warmer seasons in states like Michigan, animals frequently venture into stink pipes via the plumbing pipe on the roof, making it their home. This can cause blockage and push the foul-smelling gases into your home rather than allow them to properly vent into the air. 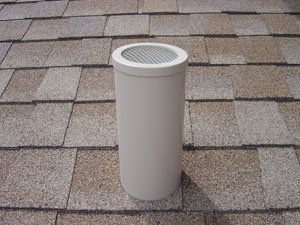 Chimney Cricket can humanely clear these animals out and fit the plumbing vent with an animal guard, similar to a chimney cap, to the pipe to block out all future intruders.

I have animals in my chimney. Can you remove them?

Raccoons and a bird rightly called the ‘Chimney Swift’ can easily climb in and out of chimneys, making an inviting place for them to live and raise their young. It is dangerous to have animals living inside the chimney; they can catch on fire, enter your home or both so they need to be removed from chimneys as quickly as possible. Since raccoons and chimney swifts return to the same chimney they have inhabited before, at the time of removal, our chimney sweeps can install a chimney cap or similar animal guard to prevent the problem from reoccurring. After the raccoon realizes it cannot get back into the chimney, it will be looking for a new chimney to live in. Don’t let it be yours!

Other animals have also been found inside of chimneys such as different types of birds and squirrels. These will, unfortunately, perish inside the chimney before they can be removed. The only animals that can remove themselves from chimneys at will are raccoons and chimney swifts. Save time and money by allowing our certified staff to remove these unwanted creatures from your home.