Creosote is a liquid that condenses onto the inner walls of connector pipes and chimneys as wood smoke cools. When creosote dries, it gradually hardens, taking the following forms: Stage 1 (velvet soot), Stage 2 (porous and crunchy in makeup) or Stage 3, shiny, rock-hard chimney glaze. The buildup of chimney glaze is denser and harder than brick, and sticks to the chimney inside walls. Chimney brushes can’t sweep it out and any blow strong enough to break the glaze could damage the chimney itself. 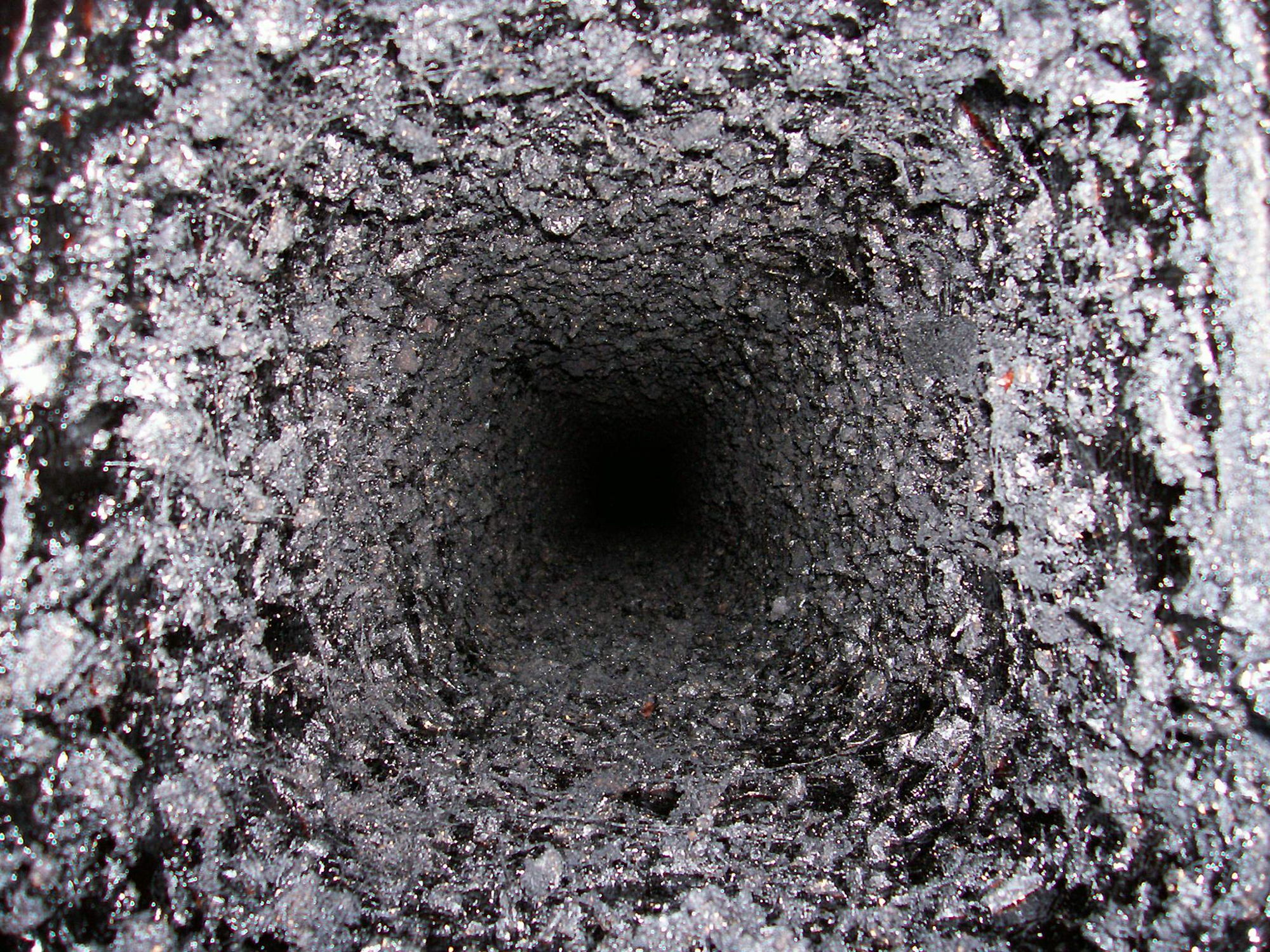 Why Does Chimney Glaze Form?

Fresh layers of creosote rapidly buildup, accumulating quickly when previous creosote layers don't dry completely. The newly formed layers then insulate the partially-hardened previous deposits from the heat of the wood exhaust that dries them, resulting in a heavy buildup of sticky creosote, which eventually solidifies. This creates the stone-solid substance known as chimney glaze. The excessive creosote accumulation that leads to glaze formation is usually caused by the improper burning or venting of airtight wood stoves. Specifically, chimney glaze will often form when the chimney is larger than the vent opening on the appliance (causing sluggish draft), when unseasoned or wet wood is burned, or when the draft control on an airtight appliance is habitually set too low, causing the fire to smolder. Stage 3 creosote removal is crucial to prevent chimney fires protecting your family and home.

We’ll break down the chimney glaze chemically. The chemicals needed for the job are not available to the general public, so call in a Chimney Cricket chimney sweep that can do the cleaning job professionally.

Most chimney glaze/creosote removal treatments require three visits over two weeks. On the first visit, we score the surface of the glaze with a chimney brush, and then saturate it with TSR, a chemical reactor. TSR needs to be above 50 degrees to work, so chimney glaze removal is done best in the warmer spring and summer months. In colder weather, you must have at least four fires during the following week, opening the draft control, and damper or baffle-bypass on your stove enough to allow as much heat as possible up the chimney (we recommend you monitor these fires in case the glaze ignites). One week later, on the second visit, we sweep out the broken-down glaze and re-apply the chemical to any remaining chimney glaze. On the third visit, we remove the last of the residue and spray the flue with a chemical that neutralizes the TSR. Occasionally, when deposits are extra dense or extra thick, additional treatments may be needed for final cleaning to break down and remove all the layers.