Make Your Chimney a Focal Point with Chimney Pots

Make Your Chimney a Focal Point
with Chimney Pots

A chimney pot is a round or octagonal pot fitted to the top of each flue. These chimney pots give your chimney a Tudor or medieval look. 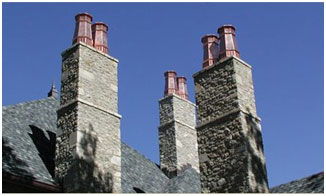 For chimney pots, this ratio is often reduced to 1/15 – 1/20. The base inside dimension and the base outside dimension should be nearly as large as or larger than the largest dimension of the flue they are being installed on. The base of the chimney pot should not encroach on the effective area of the flue by more than ¾ of an inch. Many other factors such as fireplace chimney construction and house air pressure can affect proper chimney operation. 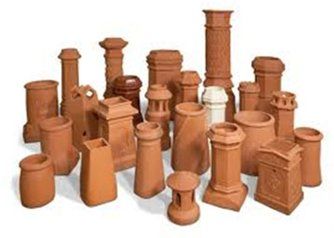